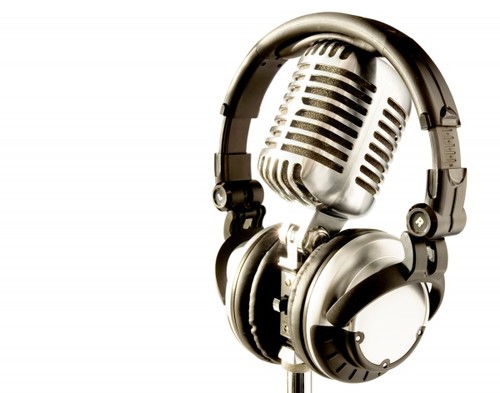 I have been considering vocal lessons for years. It’s not that I always wanted to be a singer and my rather introvert personality certainly (at least obviously) does not call for an activity as a a frontman. But I always wanted to have singing in my box of tools to express my feelings and add to my compositions. I regard it as just another instrument along my guitar playing and my rudimentary piano skills. After all the human voice is very flexible and I always felt that for my own music this was something that has always been missing.

I’ve not been too fond of my voice and singing, though. There have always been three basic issues for me:

1. A fear of singing publicly in the first place (so common, a matter of decision)

2. A thin or inadequate sounding voice (a matter of technique)

3. Imprecise intonation (clearly a matter of practice (predominantly) but pointless unless 1 and 2 are solved)

So I finally got around to searching a professional vocal coach who really knows his or her stuff and is qualified in multiple ways to teach students how to improve their singing. There are, particularly in rock music, lots of singers who claim that the mere act of taking vocal lessons disqualifies you as a rock singer. A claim which, in my opinion, disqualifies you as a smart person. When it comes to singing there are multiple ways to ruin your voice or limit your possibilities and abilities. Combine that with the fact that there remains a lot unknown about the human voice apparatus and there are muscles in our throats for which there seem to be no direct neurological triggers, it makes perfect sense that most people can’t sing very well.

So after getting confused by dozens of clearly misleading tutorials on YouTube I finally found a coach who has studied this subject a lot, worked with many acclaimed professionals, looked into various concepts and is open to new ideas and techniques as well.

There are a lot of concepts around. Some more widespread than others. Like Complete Vocal Technique (CVT), Speech Level Singing (SLS) or Estill Voice Training System (EVST). For now, we are working with CVT partly because it covers a lot of ground in the rock and metal area, which is where I want to go. It includes quite precise anatomical descriptions of the voice apparatus which was an important aspect for me. I want to know exactly what is happening there and when. That way I can better understand the interrelations and know, for example, what might hurt my voice or how to achieve a certain effect.

Of course we are not clinging tightly to the book but rather do, step by step, what is necessary to get me singing as soon as possible. The best way to achieve that is to make singing fun for me. My coach is great in that she created an atmosphere where I immediately dropped all my fears and started singing. This is so important and many coaches seem to get this wrong because they intimidate their students, often without knowing it. So #1 is solved – but not only because of my coach but because I quickly learned a lot about my voice and I feel more in control. Part of my reluctance to sing publicly resulted from the fact that I did not know how. I don’t have a problem to talk on camera or in front of audiences small or big – as long as I know what I am talking about. But with singing I clearly did not know what I was doing and thus did not feel confident doing it. Today I am of course still not in full control of my voice, but I know roughly what it is capable of and that alone is a huge boost in confidence. Apart from that of course there is nothing to lose when you just open your mouth and sing.

We are working on technique, proper breathing, relaxation and posture. All the while I am practicing scales and singing along songs like a maniac to improve my intonation. Hansi Kürsch practices 90 minutes every day. And he still keeps improving. So in order to at least keep up with his pace, I will practice that same amount, although usually I do 3 hours every day. Most of it is fun and I guess I am making progress, though that’s hard to tell because I demand a lot of myself. It might not be the most sensible thing to do to have Hansi Kürsch, Bruce Dickinson and Eric Adams set as your landmark but I guess it can’t hurt either.

My main mistake in the past has been to sing an octave lower than the actual vocal line – I did not realize that most of the time. Notes from c’ and above have actually been hard for me to reach and in rock and metal there are quite common. This is part of issue #2: My singing did sound inadequate because indeed it was, being an octave lower. That might make musical sense but it still just does not sound right. My daily practice showed some results as I am finally reaching e’ without too much effort and g’ is in plain sight.

I will keep you updated.