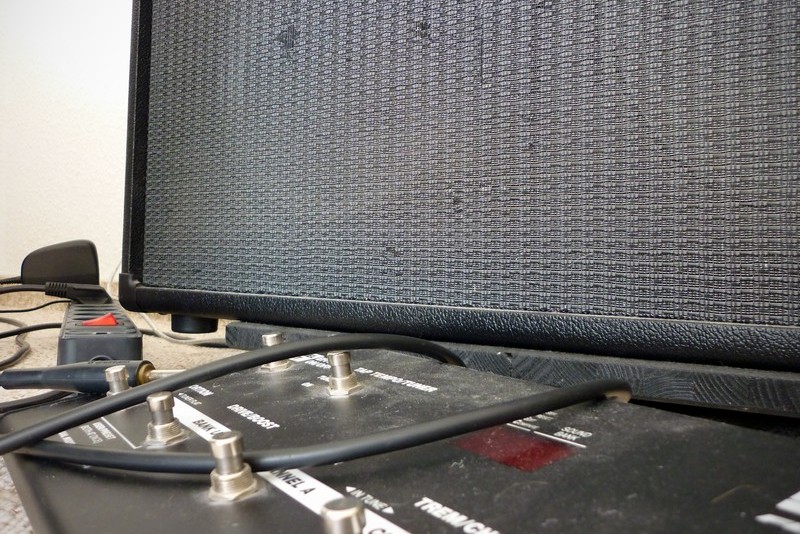 Last night I gave up perfectionism.

I’ve been an active musician for more than 16 years now and I did not really release a lot of tracks. Actually, I did not release a single track that was supposed to represent me as a musician. There have been a few jams, a few fun projects and demonstrations, sure. But never did I say: “Here, this is mine. This is what I do as a musician.”

No single piece of an artist’s work is able to communicate his or her development.

There are two reasons for this.

Reason number two is much more sneaky. I consider(ed?) myself a perfectionist. With that comes a dogma: As a perfectionist I won’t release anything that I think is not perfect. The irony of this is that I won’t ever release any of my music because as soon as I am done recording it, I already know what I would do better next time. And no matter how good I think my work is, I will never think that it can hold up to the standards of musicians I adore anyway. Of course.

So last night I gave up perfectionism. Perfectionism as in: doing something as good as humanly possible. Because in the end it’s a matter of definition. I confused perfectionism with being a good craftsman, doing things thoroughly, with care and to the best of one’s knowledge. From now on, for me perfectionism is just that: doing something as good as possible as I am able to do at that particular moment. That does not exclude a handful of corrections and revisions. But it definitely does exclude the fear of publishing my work, the fear of shipping, the fear of, as an artist, being and representing who I am with the skills that I have.

No single piece of an artist’s work is able to communicate his or her development. There will always be those who judge based on single works, unable to see the development artists might be going through. Obviously it took the musician in me quite some time to realize that I don’t give a damn about those kinds of people.

Being who I am, I constantly strive for improvement of my skills, enrichment of my knowledge and broadening of my understanding. I define perfectionism as the striving for perfection. And I strive for perfection because it is the one and only thing I will never be able to reach.